Nicotinamide riboside (NR) is a pyridine-nucleoside similar to vitamin B3, functioning as a precursor to nicotinamide adenine dinucleotide or NAD+.

There are about 20 kinds of coenzymes in the human body. Each coenzyme corresponds to several or even hundreds of enzymes. NAD is the most versatile. It is the coenzyme of hundreds of oxidoreductases. It is responsible for generating more than 95% of the energy in the body and regulating hundreds of metabolic reactions in the body.

Scientific research in recent years has further revealed that in addition to being a coenzyme of hundreds of enzymes, NAD is also the key to maintaining longevity protein, repairing DNA and maintaining the normal function of the immune system. It is an important anti-ageing element found in all living cells. Our body uses it every day, but as we age, its ability to regenerate gradually declines. The research of American scientists believes that the decline of NAD plays an important role in our age process and ageing.

The relationship between NR and longevity 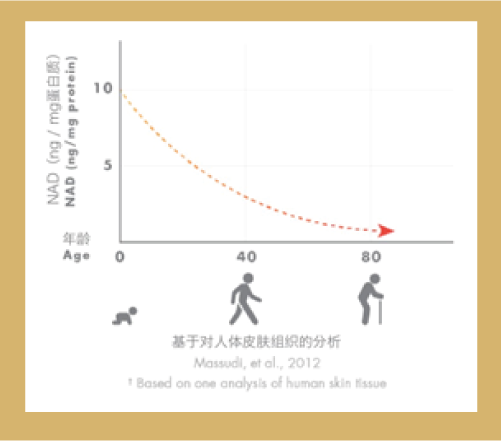 DNA nucleotides in NADimatrix is a biologically active ingredient extracted from the roe of deep-sea cod fish caught in the Arctic Circle in Norway. Its main ingredients are nucleotides, phospholipid unsaturated fatty acids, coenzymes, and various natural trace elements. The composition of various nucleotides in cod roe is as follows:

Nucleotides are essential raw materials for cell division and synthesis. They are involved in DNA repair, protein synthesis, and maintenance of immunity. Sufficient nucleotides are necessary for the normal physiological functions of the human body. Nucleotides are also very important for human protein synthesis. 50% of the human subcutaneous tissue is protein. The regeneration of skin and hair requires protein, and various physiological functions require protein. Nucleotides may help slow down memory decline, thereby keeping mentally young. Cod roe DNA has a strong anti-oxidant effect and improves immunity. It is the result of more than ten years of scientific research by Norwegian scientists. A double-blind controlled trial conducted by the Norwegian Seafood Research Institute in Ghana proved that caviar DNA has a significant effect on children's immunity. After two months of experimentation, the IgG of children in the experimental group increased by 25%.